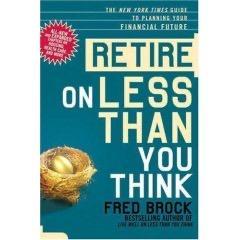 Secrets, the third novel of the trilogy

Bill Sanders reluctantly returns to him hometown of Jefferson, Indiana, where he makes an astonishing discovery about his and Paul Watson's past. This, along with a letter from a dead man that discloses shocking information about the death of Bill's wife, sets him on a collision course with The Seven.

From a review in the Arizona Daily Star:

“Is the idea of extra-terrestrial visits really as far-fetched as we think? In this debut novel, Fred Ellis Brock speculates on just how far government intelligence might go to keep an unsuspecting populace in the dark. Journalist and best-selling author Bill Sanders didn’t reach the top of his profession by being gullible, so he’s understandably skeptical when a boyhood friend claims his daughter has been abducted by aliens. But old loyalties run deep, so Bill reluctantly agrees to check it out — digging up the facts is his specialty, after all — and to his surprise they simply don’t add up. Even more disturbingly, people connected with his investigation are inexplicably turning up dead.

“In a lively plot that gallops across a landscape of disinformation and treachery, Brock’s hero peels away layers of artifice to arrive at the shocking heart of the intrigue. This is the first volume of a planned trilogy featuring Bill Sanders and his close encounters with ‘The Seven.’

“Like his protagonist, … Brock is a journalist who has worked for major dailies including the Wall Street Journal, the Houston Chronicle and The New York Times, and has authored best-selling books on financial planning.”

Secrets, the third novel of the trilogy
Shadows

The first novel of a trilogy, The Seven is a cross-genre thriller involving kidnapping, murder, and UFO conspiracies.